20 Conservative Town Councillors write to Cllr Rob Pocock regarding his comments on the Police and Crime Commissioner. 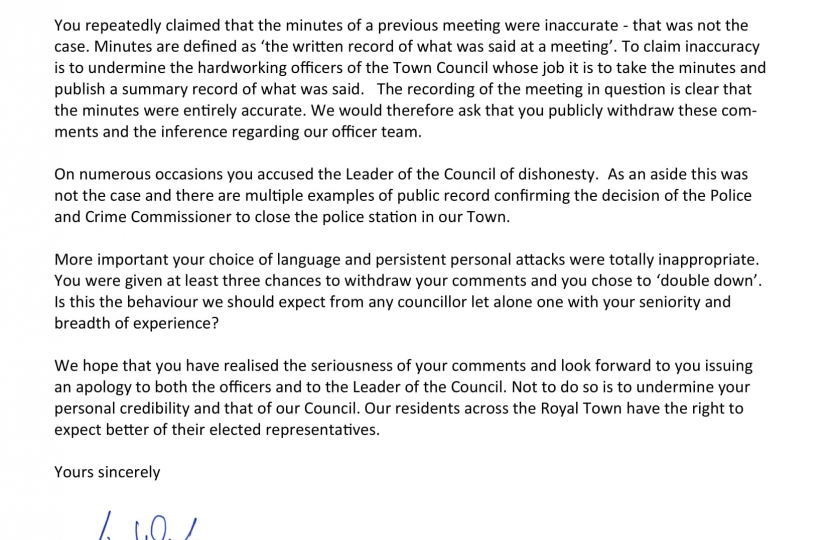 case. Minutes are defined as ‘the written record of what was said at a meeting’. To claim inaccuracy

publish a summary record of what was said. The recording of the meeting in question is clear that

the minutes were entirely accurate. We would therefore ask that you publicly withdraw these comments and the inference regarding our officer team.

On numerous occasions you accused the Leader of the Council of dishonesty. As an aside this was

and Crime Commissioner to close the police station in our Town.

More important your choice of language and persistent personal attacks were totally inappropriate.

You were given at least three chances to withdraw your comments and you chose to ‘double down’.

an apology to both the officers and to the Leader of the Council. Not to do so is to undermine your

personal credibility and that of our Council. Our residents across the Royal Town have the right to

expect better of their elected representatives.

Two Years On: Delivering on our Promises

Two years on, we have delivered for Britain. Here's a list of some of our top achievements.