Conservatives Will Continue To Deliver For The Royal Town 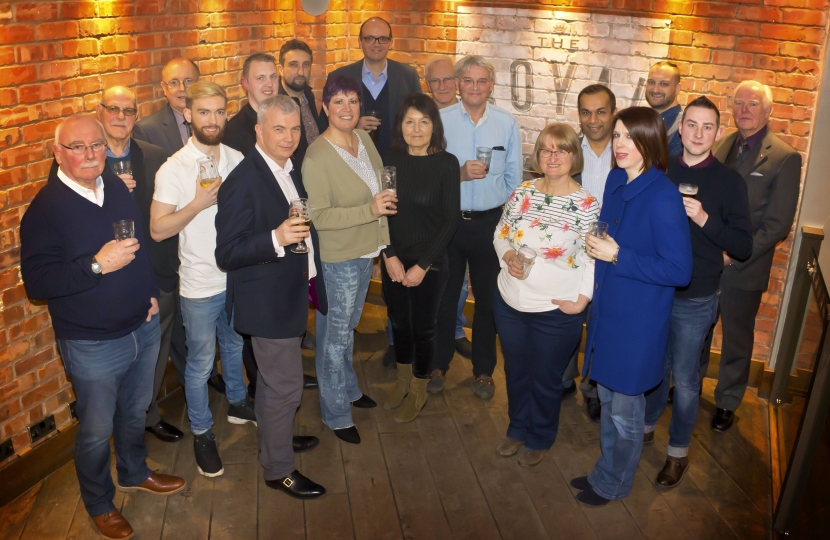 Royal Sutton Coldfield Conservatives have pledged to continue to work for the good of the community ahead of local elections on May 3rd and have urged residents not to allow “a cynical coalition of chaos” to bring higher taxes to the Royal Town.

It has been almost 24 months since the Town Council was formed and in that time it has successfully led on a number of key initiatives including the Concerts in the Park, a huge community event which attracted thousands of residents into Sutton Park for a weekend of world class entertainment. The event is set to be repeated this year with tickets selling fast and opportunities being offered to local young people to gain experience in various roles. This great event was almost derailed by opposition councillors joining together to play politics.

The leader of Sutton Coldfield Town Council Simon Ward said “We have always said that we wanted the Town Council to be a real positive for our Town – we are the level of local government that is closest to residents – we take that responsibility very seriously. We have delivered a number of community projects which have benefitted residents but have been continually attacked by opportunist opposition councillors who claim to rise above politics whilst doing the exact opposite.  At every turn they have played politics when we are simply trying to do our best for our Royal Town and reassert our unique identity.”

Since 2016, under a Conservative administration, the Town Council has also delivered improved play facilities for local kids, played a pivotal role in the saving of Sutton’s library, delivered improvements in road safety in key areas of the Town, worked with residents in Falcon Lodge to develop the first Community Plan in the Town as well as supporting local good causes with over £100,000 of funding and just last week launching an exciting campaign for Britain in Bloom here in the Royal Town.

All of this has been achieved whilst delivering a 3% cut in the council tax precept in real terms.

Speaking about the first 24 months Simon Ward said “We are ambitious for Sutton Coldfield and I am incredibly proud of the initiatives that we have led on. We are not professional politicians, we are a group of local volunteers from a wide range of backgrounds, who are passionate about our community. We have delivered in so many areas but we know that we have so much more to do and are restless to deliver. We are determined to continue to give value for money for residents whilst delivering services and initiatives that benefit our community.”  We will continue to work alongside all stakeholders to deliver these basic Conservative principles for our Town –reflecting the overwhelming views of our fellow residents.

Local Conservatives have welcomed the news that Labour, Independents, Lib Dems and Greens will be forming a coalition at the upcoming elections on May 3rd, ensuring that it is a straight choice between a Conservative plan or no plan.

Simon Ward added “The choice on May 3rd is very simple. a Conservative led Town Council with a sound plan, delivering value for money and a better Royal Sutton Coldfield OR a coalition of political opportunism which has pledged to spend every penny of taxpayers’ money, including substituting for services that Birmingham City Council should be delivering, without having a plan for the Town Council and involving double taxation of local residents.”

The towns MP Andrew Mitchell said “Under the leadership of the Royal Towns Conservatives, the Town Council has made a great start. Don’t let Labour and their friends ruin it.”