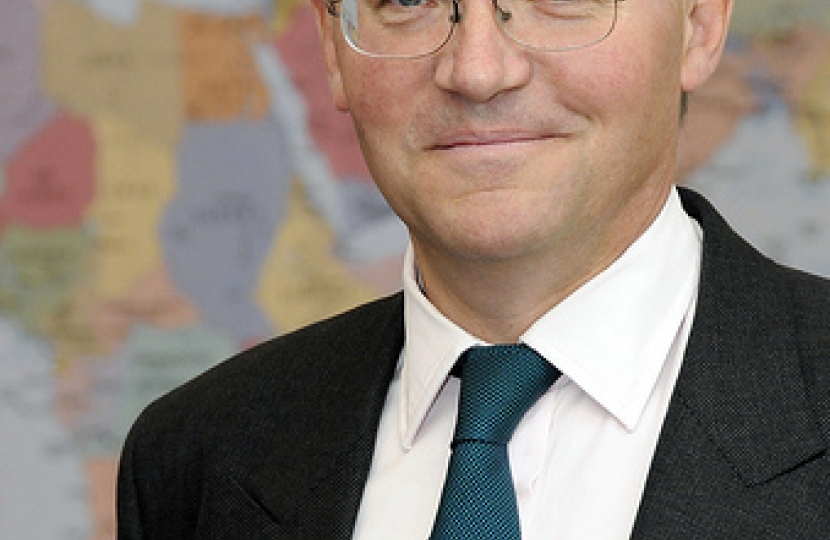 A major shake up of Britain’s aid programme which will provide 50 million people with the means to help work their way out of poverty was announced yesterday by Sutton Coldfield’s MP Andrew Mitchell in his role as Secretary of State for International Development.

The new strategy will:

The plans to redraw the aid map will concentrate efforts on countries where UKaid will, pound for pound, achieve the best results in fighting poverty and building a safer world, and where Britain is in the best position to deliver results.

The UK will continue to respond to humanitarian disasters as is needed – such as in Libya, where the Government has flown in tents and blankets and has positioned technical teams at both the Tunisian and Egyptian borders.

Mr Mitchell confirmed that Ethiopia will become Britain’s biggest bilateral programme over the next two years.  Bangladesh will also see a big boost, with aid doubling in the next four years.

The Secretary of State has made clear that some increased help is linked to key in-country reforms.

Pakistan could by 2015 become the UK’s biggest aid recipient but increased support will be linked to the Government of Pakistan’s own progress on reform.  This includes taking tangible steps to build a more dynamic economy and tackle corruption.

Britain has made clear that it stands ready to offer more help to Zimbabwe if the Inclusive Government can see through crucial reforms promised in its 2008 political agreement, and hold free and fair elections.

The Secretary of State also announced plans to re-allocate the Department for International Development’s funding to international organisations to get maximum value for taxpayers’ money.  He will end funding to four agencies which were rated as providing poor value for money, including the United Nations Industrial Development Organisation (UNIDO); increase support for the most effective agencies, such as UNICEF; and put four poor performers, including the Food and Agriculture Organisation (FAO), on ‘special measures’, insisting they take urgent measures to improve their effectiveness.

Key priorities for Britain’s aid will be:

Mr Mitchell said Britain will in future have bilateral aid programmes in a maximum of twenty-seven countries, which between them amount for 75% of global deaths during pregnancy and childbirth and nearly three 75% of deaths from malaria worldwide.

Nearly two thirds of the programmes – and 30% of Britain’s overall aid budget – will be in conflict and fragile countries.  Two thirds of the countries furthest from reaching the internationally agreed poverty targets – the Millennium Development Goals (MDGs) are in the midst of, or are emerging from, violent conflict.

Britain will end bilateral programmes in countries such as Vietnam and Serbia, which are now no longer in need of British aid.  It will withdraw from other countries where the UK is not the best placed aid provider.

“Today I’m setting out plans which show how the people of Britain will be changing the lives of the world’s poorest people.  This government is taking a radically different approach to aid.  We want to be judged on our results, not on how much money we are spending.

“These results – which will transform the lives of millions of people across the world – should make everyone in Britain proud.  They reflect our values as a nation: generosity, compassion and humanity.   But these results are not only delivered from the British people; they are also for the British people.  They contribute to building a safer, more stable and prosperous world which, in turn, helps keep our country safe from instability, infectious disease and organised crime.

“The ultimate aim of this government’s aid policy is to end the need for aid, enabling countries to stand on their own two feet.”

“The British public must be able to hold us to account for our work.  This is why we have set up an independent aid watchdog, to provide tough scrutiny of our spending, why we have introduced a new Aid Transparency Guarantee, and why we have cancelled £100m of low performing programmes.

“This Coalition Government is taking a tougher, more hard-headed approach on getting value for money in aid.”

“We know the UK is in the midst of making tough economic decisions, but it’s great that the UK sees so clearly that development aid, when done properly, is the most effective investment a government can make for saving lives, improving livelihoods, and building prosperous and stable societies.”
Bill Gates

To change lives and deliver results, we will:

“The world is undergoing a food crisis – supplies are scarce and prices continue to escalate. But 60% of the world’s remaining uncultivated arable land is in Africa,
so it is vital that Britain invests in the African farmer and their land. It is ironic that Africa can now help feed the world.”
Sir Bob Geldof
(Commenting on DFID’s plans for food and agriculture)

“The UK’s support for schooling is vital – especially for girls. Without an education, those girls will continue to be at greater risk of disease, forced marriage, early
childbirth – and so the cycle of poverty continues.”
Anthony Lake, UNICEF Executive Director

“The UK is investing in women and children’s health which is a smart economic strategy. Healthy children are more likely to attend and finish school, which greatly increases their chances of a productive future, that will build on itself for generations.”
Melinda Gates, Co-Chair of The Bill & Melinda Gates Foundation

“In breaking out of the conflict trap, security and development go hand in hand.”
Professor Paul Collier, Oxford University

“The UK is showing leadership in tackling the two great challenges of the 21st century, managing climate change and overcoming poverty. If we fail on one, we
will fail on the other. The commitment to overseas aid and to the International Climate Fund are critical to the global credibility and influence of the UK in a rapidly-changing world.”
Professor Lord Nick Stern, London School of Economics

“The main objective of aid is to abolish the need for aid. That is why DFID is rightly focused on long term development and wealth creation – to help unlock the great potential of Africa, its youth, natural resources, land and markets.”
Dr Mo Ibrahim, Leading African businessman and governance campaigner