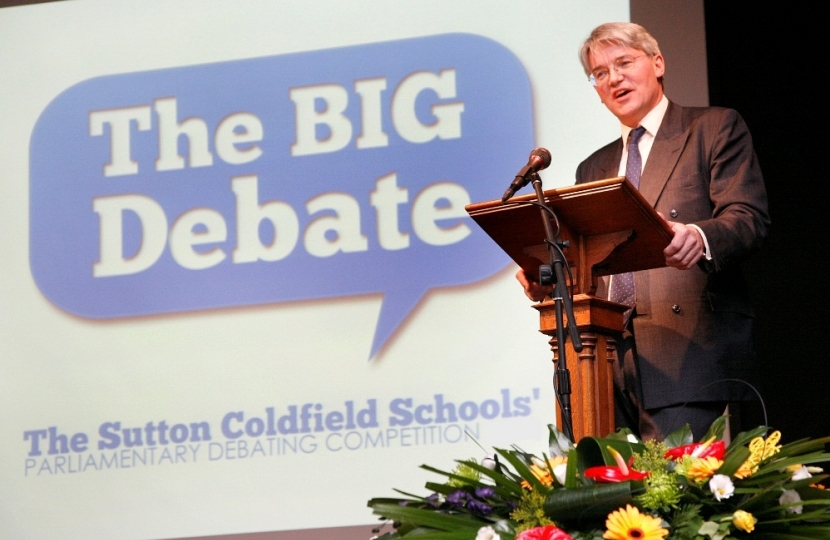 The motions to be debated in the First Round of this year’s Sutton Coldfield’s Schools Debating Competition have been revealed today.

Students from secondary schools across Sutton Coldfield are busy preparing for the annual competition, now in its ninth year, which will take place on Thursday 10 March and will be hosted by Arthur Terry School – last year’s winners.

The first round motions will be debated with proposing and opposing schools as follows:

“Politics should be based on policies not personalities”

Andrew Mitchell MP, who founded and continues to Chair the Debating Competition, said, “With these tough motions laid down the first round promises to be a challenging and interesting one for our debaters.

“I know that Arthur Terry are working hard on this year’s competition and I am very much looking forward to being there on 10 March to hear our local debaters tackle these contentious issues.”