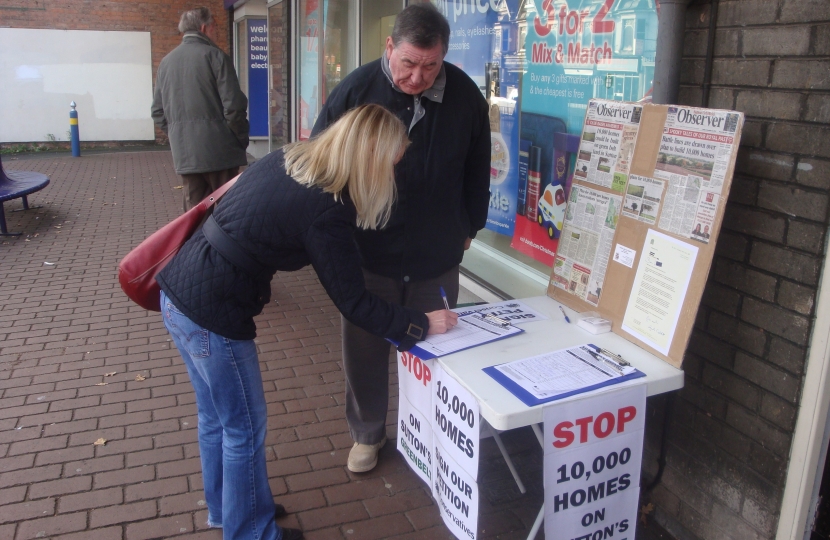 Conservative Councillors and local MP Andrew Mitchell have started a campaign against development of 10,000 houses on the greenbelt surrounding Sutton Coldfield.

The campaign plan involves a local petition, public meeting, online poll and leaflets to inform people of who to write to.

Local Councillor, Guy Roberts has kick started the campaign by already securing hundreds of signatures to a petition against the proposals. He said “we have managed to secure a number of signatures against Labour’s plan to build on our area. We will be in shopping areas across Sutton over the coming weeks asking people to sign. We’ve been here before when Labour was last in power, I’m determined to stop their development plans again”.

A public meeting which is to be chaired by Andrew Mitchell MP is to take place in early December and is likely to be at the town hall. The meeting will have focus on the proposals and how people can make their voice known. Mr Mitchell has described the plan “as wholly wrong”.

Cllr David Barrie said: “We don’t believe Sutton’s green belt should be developed on to make a quick buck for the council. Land at Peddimore is under their control and I am sceptical about whether this is just a way of lining the pockets of the Labour administration at Sutton’s expense”.

For more information on the campaign, please visit http://www.suttoncoldfieldconservatives.com/ or follow Cllr Phillip Parkin and James Bird on twitter for updates @peparkin - @james_bird_