Save Our Police Station 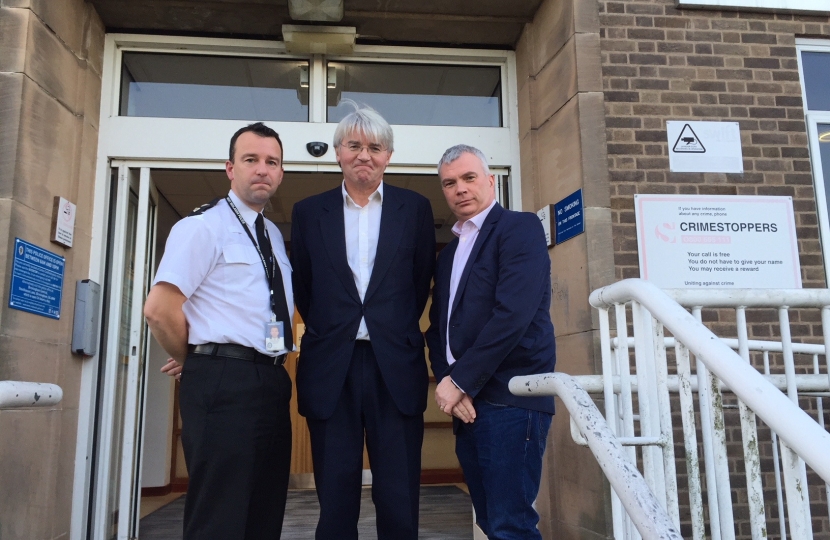 Andrew Mitchell MP has lambasted the West Midlands Police & Crime Commissioner for his “outrageous” proposals to sell off its key Sutton Coldfield site to raise money to plug a funding gap.

The West Midlands Police and Crime Commissioner’s strategic policing and crime board is expected to be conducting an ‘estates review’ in late February, which will include a proposal to sell off Sutton Coldfield Police Station.

“Now with a Labour Police and Crime Commissioner, we find our Sutton Coldfield Police Station to be under threat of closure which includes the only public-facing ‘walk-in’ front desk service in the area.

“The Commissioner has only just received a funding increase of £9.5 million through his recently approved Policing Precept but then complains about how our Police Station costs £260,000 a year to run.

“The West Midlands Police Commissioner will, I am sure, be looking at the scope of using the significant reserves he is amassing, probing the extent of money spent on consultants and examining funds spent on redecorating the Headquarters building, before he closes anymore police stations or sacks anymore police officers.

“I impress upon the Commissioner the need to reconsider these confused and shallow proposals and would urge my constituents to sign the following petition: https://www.surveymonkey.co.uk/r/saveourpolicestation.”