Andrew Mitchell MP has been the Member of Parliament for Sutton Coldfield since 2001.

Andrew is 56, married with two daughters. He was educated at Rugby School and Cambridge University, where he studied history and was elected as President of the Cambridge Union in 1978.  Andrew served in the Army (Royal Tank Regiment) before joining Lazard where he worked with British companies seeking large-scale overseas contracts.

He was the Member of Parliament for Gedling from 1987 to 1997.  During this period he held office as a Government Whip and as Minister for Social Security. He also served as a Vice-Chairman of the Conservative Party from 1992 to 1993.

In 2001 he was re-elected to Parliament as MP for Sutton Coldfield. In November 2003, he was appointed Shadow Minister for Economic Affairs. From September 2004 until the end of the Parliamentary term, he was Shadow Minister for Home Affairs.  Following the General Election in May 2005 Andrew joined the Shadow Cabinet and was appointed Shadow Secretary of State for International Development.  Following the 2010 General Election Andrew was appointed Secretary of State for International Development, a post he held until September 2012 when he was appointed Government Chief Whip which he held until October 2012.  An experienced and highly effective MP, Andrew is committed to serving the people of Sutton Coldfield.

As Sutton Coldfield’s MP, Andrew deals with hundreds of letters and emails from constituents every week.  He has a dedicated staff of 5 people to assist him with this work. The issues raised are wide ranging and can fall within the responsibility of Government Departments or Birmingham City Council as well as a number of the agencies that now administer specific matters such as immigration, benefits and the environment.  In addition he holds regular Advice Sessions where constituents can see him to discuss political issues or matters of personal concern.

He lead the successful camopaign to restore our status as a Royal Town and is fighting the plans by the Labour Council to build on our Green Belt.

Andrew has a home in Sutton Coldfield and spends as much time as possible regularly visiting local schools, businesses and voluntary organisations.

He was re-elected at the General Election on 7th May with an increased number of votes and higher share of the vote.

Cllr Derrick Griffin, Cllr Tony Briggs, Cllr John Cooper and Cllr Terry Wood sponsored free haircuts, on the 9th of October, for approximately 10 people from 10am to 4pm at the Town Hall they were worked with James Briggs, who runs his own barber business in the Town, along with a pop up barber s 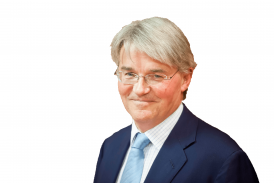