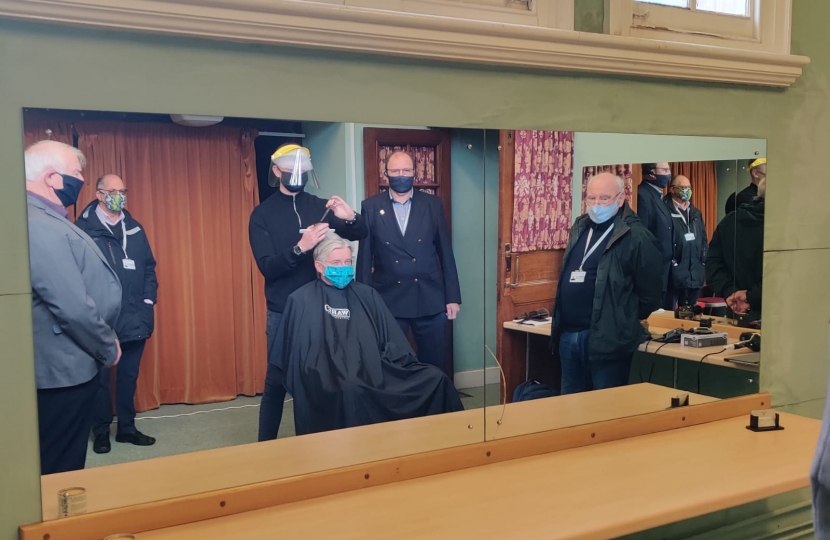 Cllr Derrick Griffin, Cllr Tony Briggs, Cllr John Cooper and Cllr Terry Wood sponsored free haircuts, on the 9th of October, for approximately 10 people from 10am to 4pm at the Town Hall they were worked with James Briggs, who runs his own barber business in the Town, along with a pop up barber shop at the Town Hall most Fridays. He also offers limited free hair cuts to boys and men whose families are using food bank facilities and are struggling with costs.

The Councillors were joined by Andrew Mitchell MP, who added in his weekly message on Facebook: "I went along to visit local barber James Briggs who runs a pop up barber shop at our Town Hall and offers limited free haircuts to men and boys whose families are using food bank facilities and are struggling with household costs. Four of our Town Councillors from the Walmley Minworth Ward John Cooper, Tony Briggs, Terry Wood and Derrick Griffin have generously been sponsoring free haircuts today. Those that are able to pay can support the initiative by contributing £5 towards the project. Another good example of our community coming together and providing support to those that need it." 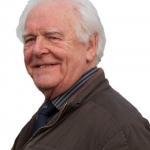 Derrick Griffin lives on Allendale Road in Walmley   Village and has since 1968. ‘‘My daughters went to Walmley First and Middle School, during their time there I was chairman of the Parents Association and I then served for one year on the John Wilmott Parent Teacher Association. Since retiring in 1993 I have been    secretary/treasurer of my old Regimental Association in Birmingham. 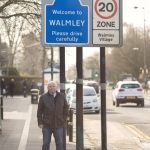 “I have lived in our community for almost 50 years and love the town, my three children have been educated here and two work in the town, I wish to contribute to the towns growth and success, having a town council is a wonderful opportunity to make this an even better place to live and work and b 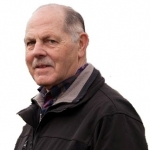 Terry Wood lives in Henley Close and is Chairman of Wylde Green Neighbourhood Forum. ‘‘My priority is to help to work with local residents to help Sutton to thrive as a successful independent Town. I want to ensure we as Council Tax payers get value for money. 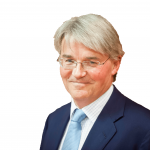 About AndrewAndrew Mitchell MP has been the Member of Parliament for Sutton Coldfield since 2001.