Derrick Griffin lives on Allendale Road in Walmley   Village and has since 1968. ‘‘My daughters went to Walmley First and Middle School, during their time there I was chairman of the Parents Association and I then served for one year on the John Wilmott Parent Teacher Association. Since retiring in 1993 I have been    secretary/treasurer of my old Regimental Association in Birmingham. I can bring a wealth of experience to this Parish Council to make it a success. This Parish Council needs experienced people to make it work for local residents.’’

Derrick was elected as one of the first Parish Councillors for the Royal Town in May 2016.

Cllr Derrick Griffin, Cllr Tony Briggs, Cllr John Cooper and Cllr Terry Wood sponsored free haircuts, on the 9th of October, for approximately 10 people from 10am to 4pm at the Town Hall they were worked with James Briggs, who runs his own barber business in the Town, along with a pop up barber s 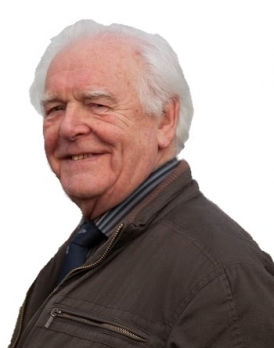